I was fortunate to participate in the International Congress of Carmelite Laity held In Sassone (Rome) from September 15 to 20, 2018, along with Irene Hayes from the Carmelite Centre and four other Australians – Christine Wade, Lay Carmelite National Moderator and other lay Carmelites – Ann Baumber, and Bernie and Maria Howe. 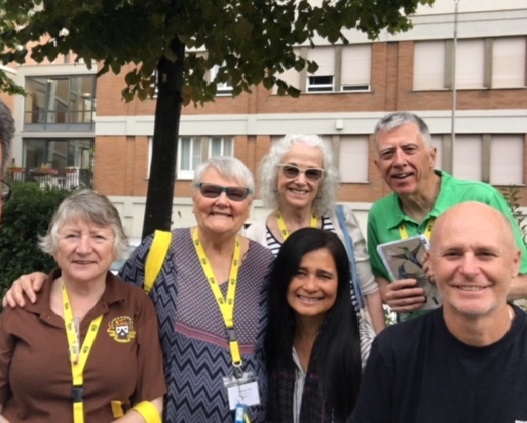 There were some 250 people from 24 different nations around the world, mostly lay people and also some Carmelite friars and sisters. Just this experience of being with such a big and diverse group was wonderful. The congress was organised by General Commission for Carmelite Laity and had as its theme “Mary of Carmel: Mother of the Family”.  As always, Prior General Fr Fernando gave the Aussies a warm welcome and reminded all at the Congress to be seen as a communion of ‘learning and participation’.
An important part of the process was working in language groups and listening to some testimonies and experiences of the Carmelite vocation in the life of lay people. Key points shared were:

While these testimonies were shared by lay Carmelites, it reminds me of the need to seek similar stories from those drawn to engage in Carmelite spirituality without necessarily joining the Third Order. In one of his talks, Fr Fernando encouraged the work being done in Ireland, The UK and Australia with broad based Carmelite Spirituality groups and that we should see a variety of options to join the Carmelite Way.
Other key presentations were notable and have already been shared through the communications newsletter thanks to David Hofman

It was wonderful to welcome Paola Yevnes from Wentworthville to Middle Park for the Carmelite Family retreat in August. It was a great gathering of reflection and exchange of thoughts and prayer let by David Hofman O.Carm 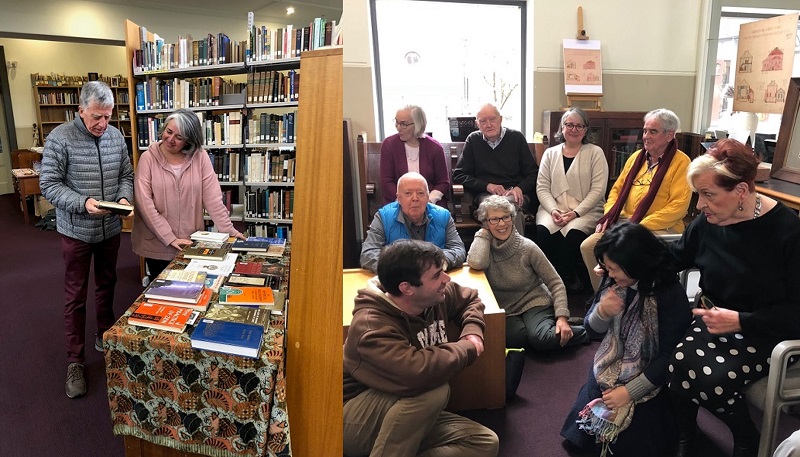 Elizabeth Ruth Obbard is a contemplative nun living in England. She has been novice-mistress of a Carmelite community in Norfolk, which may explain the series of books under her name that give simplified introductions to some of the great spiritual guides. Her book ‘The music of silence’, for example, is subtitled ‘Blessed Elizabeth of the Trinity for everyone’, everyone in this case meaning you and me. She has a gentle storytelling style, a way of naming the essentials in her subjects’ teachings, and turning these into matter for reflection and prayer.
The Library has this year ordered the back run of Obbard, all published in recent times by New City (London), including books ‘for everyone’ on Hildegard of Bingen, St. Angela of Foligno, St. Francis of Assisi, St. Francis de Sales, as well as the central figures in Carmelite spirituality. Her bibliographies recommend which books to read next to deepen our understanding, while her own personal illustrations compliment the simplicity of style that makes these texts ideal starters for reading groups or individual enquiry.

Reflection
A take away message for me from the Congress is the ongoing call to transformation in following the way of Carmel and finding ways to strengthen, deepen and nurture existing Carmelite connections. With this in mind a plan is in place in Victoria to organise a combined residential retreat in 2019 with the Lay Carmelites and others interested in the Carmelite way who are not members of the Third Order.  These plans are in the early stages but I’m hoping we can work together and nurture our sense of Carmelite communion with one another.