"The deeper one is drawn into God, the more one must 'go out of oneself'; that is, one must go to the world in order to carry the divine life into it."

Our Purpose is to facilitate spiritual journeys, growth and community by encouraging contemplation, independent and free thinking, and an attitude of simplicity, humility and grace.

Our Vision is to be a leader in facilitating spiritual journeys, growth and ethical communities in the Carmelite tradition.

The Carmelites are members of an international Catholic religious order of friars, nuns and lay people with a continuous spiritual tradition spanning eight centuries and cultures of both East and West. The Order originated around the 1190s in a group of hermits living by the “spring of Elijah” on Mount Carmel in Crusader Palestine. Between 1206 and 1214 they obtained a rule of life from Saint Albert of Vercelli, Latin Patriarch of Jerusalem, and some decades later began founding houses in Europe. By 1247 they had joined the thriving mendicant or friar movement, adding preaching and pastoral care to their contemplative tradition. Their patron, the Virgin Mary, and their place of origin, give them their official name, Brothers of the Blessed Virgin Mary of Mount Carmel; in England they were popularly called White Friars.

Today more than 50,000 friars, nuns, sisters and lay Carmelites around the world continue in the same spiritual lineage. The photo above shows Mount Carmel today and the Carmelite monastery on the highest peak. [used with permission from biblewalks.com]

Carmelites, conscious of being part of the Church and of history, live in a fraternity that is open to God and to people, able to listen and give an authentic response to the evangelical life according to their own charism, and they commit themselves to build the Kingdom of God wherever they are. Indeed they are committed to evangelisation in houses of prayer, centres of spirituality, parishes, Marian sanctuaries, schools, religious associations; and to Justice and Peace wherever human dignity is trodden underfoot, especially among the poor, the marginalised, the suffering.

For more information about The Carmelites, please visit  The Official Website of the Carmelite Order.

The Carmelite Centre is managed by a team of dedicated professionals and volunteers committed to reaching and engaging the local and wider community to help them explore spirituality and the principles of the ‘Carmelite Way’.

Click here for a welcome message to the Carmelite Centre

Comprising representatives of the Carmelites, parishioners and professional people, the Planning Group is responsible for the direction of the Centre, providing spiritual guidance and oversight through its bi-monthly meetings. The planning group reports to the Provincial Council through the Centre Leader.

The current Planning Group members are :

The Centre Leader and Pastoral Adviser provide day-to-day management of the Centre and all its events, programs and services. The Leadership Team are responsible for the creation, development and management of events, coordination of programs and providing support and assistance to the many speakers and visitors to the Centre. The Team is ably supported by volunteers who assist with marketing and promotion, planning and running of events. If you would like to volunteer please contact Irene using the form provided on the Contact page. 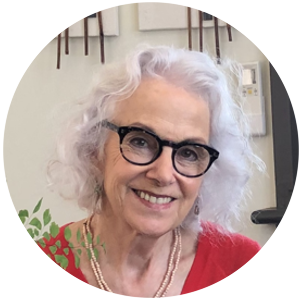 Irene is The Carmelite Centre Leader and manages the daily operations of the Centre and is the key contact and coordinator for most activities.
Watch a welcome message from Irene Damien is a key person in managing relationships within the Carmelite Family. Damien is a Pastoral Supervisor and also provides Spiritual Mentoring and counseling. 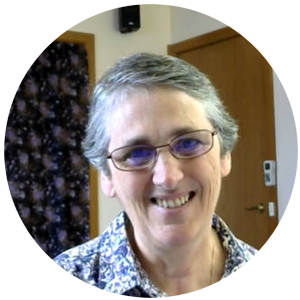 Bernadette is the Planning Coordinator who also designs the flyers, updates the website and coordinates the monthly e-newsletters. Bernadette also provides Spiritual Direction at the Centre. 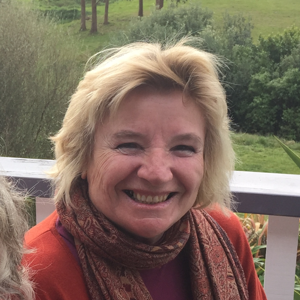 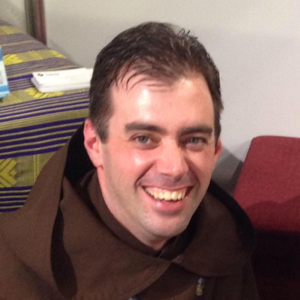 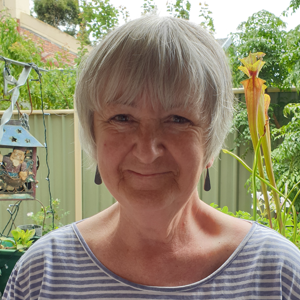